It’s Pride Month! Let’s celebrate LGBTQIA+ Asian Authors and their stories! Here are a few you should definitely check out! (in no particular order) 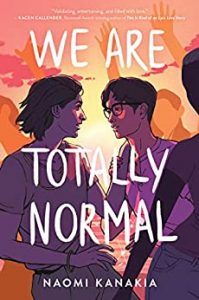 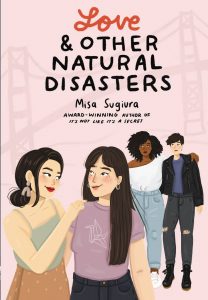 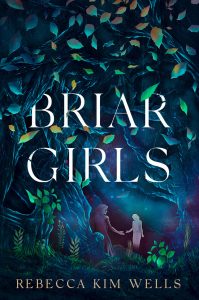 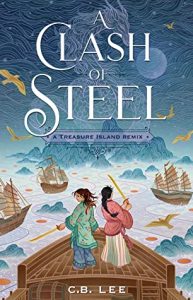 We Are Totally Normal by Naomi Kanakia

Nandan’s got a plan to make his junior year perfect, but hooking up with his friend Dave isn’t part of it–especially because Nandan has never been into guys.

Still, Nandan’s willing to give a relationship with him a shot. But the more his anxiety grows about what his sexuality means for himself, his friends, and his social life, the more he wonders whether he can just take it all back.

Is breaking up with Dave–the only person who’s ever really gotten him–worth feeling “normal” again?

When Nozomi Nagai pictured the ideal summer romance, a fake one wasn’t what she had in mind.

That was before she met the perfect girl. Willow is gorgeous, glamorous, and…heartbroken? And when she enlists Nozomi to pose as her new girlfriend to make her ex jealous, Nozomi is a willing volunteer.

Because Nozomi has a master plan of her own: one to show Willow she’s better than a stand-in, and turn their fauxmance into something real. But as the lies pile up, it’s not long before Nozomi’s schemes take a turn toward disaster…and maybe a chance at love she didn’t plan for.

A Clash of Steel by C.B. Lee

Two intrepid girls hunt for a legendary treasure on the deadly high seas in this YA remix of the classic adventure novel Treasure Island.

1826. The sun is setting on the golden age of piracy, and the legendary Dragon Fleet, the scourge of the South China Sea, is no more. Its ruthless leader, a woman known only as the Head of the Dragon, is now only a story, like the ones Xiang has grown up with all her life. She desperately wants to prove her worth, especially to her mother, a shrewd business woman who never seems to have enough time for Xiang. Her father is also only a story, dead at sea before Xiang was born. Her only memento of him is a pendant she always wears, a simple but plain piece of gold jewelry.

But the pendant’s true nature is revealed when a mysterious girl named Anh steals it, only to return it to Xiang in exchange for her help in decoding the tiny map scroll hidden inside. The revelation that Xiang’s father sailed with the Dragon Fleet and tucked away this secret changes everything. Rumor has it that the legendary Head of the Dragon had one last treasure—the plunder of a thousand ports — that for decades has only been a myth, a fool’s journey.

Xiang is convinced this map could lead to the fabled treasure. Captivated with the thrill of adventure, she joins Anh and her motley crew off in pursuit of the island. But the girls soon find that the sea—and especially those who sail it—are far more dangerous than the legends led them to believe.

Lena has a secret: the touch of her skin can kill. Cursed by a witch before she was born, Lena has always lived in fear and isolation. But after a devastating mistake, she and her father are forced to flee to a village near the Silence, a mysterious forest with a reputation for luring people into the trees, never to be seen again…

Until the night an enigmatic girl stumbles out of the Silence and into Lena’s sheltered world. Miranda comes from the Gather, a city in the forest brimming with magic. She is on a quest to wake a sleeping princess believed to hold the key to liberating the Gather from its tyrannical ruler—and she offers Lena a bargain. If Lena assists her on her journey, Miranda will help her break the curse.

Mesmerized by Miranda and her promise of a new life, Lena jumps at the chance. But the deeper into the Silence she goes, the more she suspects she’s been lied to—about her family’s history, her curse, and her future. As the shadows close in, Lena must choose who to trust and decide whether it’s more important to have freedom…or power. 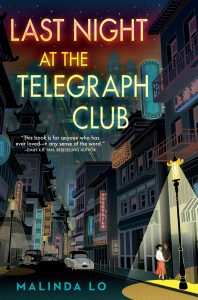 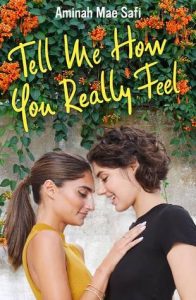 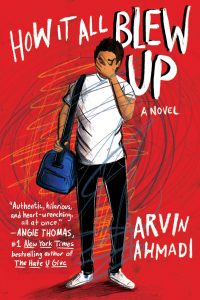 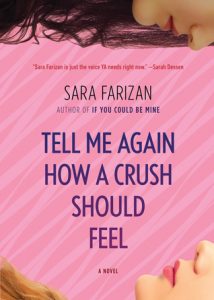 Last Night at the Telegraph Club by Malinda Lo

Seventeen-year-old Lily Hu can’t remember exactly when the feeling took root–that desire to look, to move closer, to touch. Whenever it started growing, it definitely bloomed the moment she and Kathleen Miller walked under the flashing neon sign of a lesbian bar called the Telegraph Club. Suddenly everything seemed possible.

But America in 1954 is not a safe place for two girls to fall in love, especially not in Chinatown. Red-Scare paranoia threatens everyone, including Chinese Americans like Lily. With deportation looming over her father–despite his hard-won citizenship–Lily and Kath risk everything to let their love see the light of day.

Tell Me Again How a Crush Should Feel by Sara Farizan

Leila has made it most of the way through Armstead Academy without having a crush on anyone, which is a relief. As an Iranian American, she’s different enough; if word got out that Leila liked girls, life would be twice as hard. But when beautiful new girl Saskia shows up, Leila starts to take risks she never thought she would. As she carefully confides in trusted friends about Saskia’s confusing signals, Leila begins to figure out that all her classmates are more complicated than they first appear to be, and some are keeping surprising secrets of their own

How It All Blew Up by Arvin Ahmadi

Eighteen-year-old Amir Azadi always knew coming out to his Muslim family would be messy–he just didn’t think it would end in an airport interrogation room. But when faced with a failed relationship, bullies, and blackmail, running away to Rome is his only option. Right?

Soon, late nights with new friends and dates in the Sistine Chapel start to feel like second nature… until his old life comes knocking on his door. Now, Amir has to tell the whole truth and nothing but the truth to a US Customs officer, or risk losing his hard-won freedom.

Tell Me How You Really Feel  by Aminah Mae Safi

The first time Sana Khan asked out a girl-Rachel Recht–it went so badly that she never did it again. Rachel is a film buff and aspiring director, and she’s seen Carrie enough times to learn you can never trust cheerleaders (and beautiful people). Rachel was furious that Sana tried to prank her by asking her on a date.

But when it comes time for Rachel to cast her senior project, she realizes that there’s no more perfect lead than Sana–the girl she’s sneered at in the halls for the past three years. And poor Sana–she says yes. She never did really get over that first crush, even if Rachel can barely stand to be in the same room as her.

Told in alternative viewpoints and set against the backdrop of Los Angeles in the springtime, when the rainy season rolls in and the Santa Ana’s can still blow–these two girls are about to learn that in the city of dreams, anything is possible–even love. 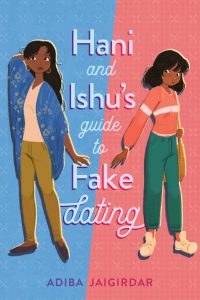 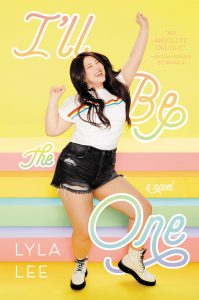 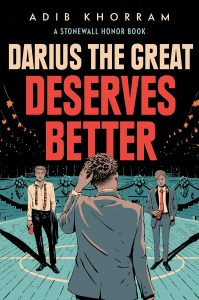 Hani and Ishu’s Guide to Fake Dating by Adiba Jaigirdar

Everyone likes Humaira Hani Khan–she’s easy going and one of the most popular girls at school. But when she comes out to her friends as bisexual, they invalidate her identity, saying she can’t be bi if she’s only dated guys. Panicked, Hani blurts out that she’s in a relationship…with a girl her friends absolutely hate–Ishita Ishu Dey. Ishu is the complete opposite of Hani. She’s an academic overachiever who hopes that becoming head girl will set her on the right track for college. But Ishita agrees to help Hani, if Hani will help her become more popular so that she stands a chance of being elected head girl.

Despite their mutually beneficial pact, they start developing real feelings for each other. But relationships are complicated, and some people will do anything to stop two Bengali girls from achieving happily ever after.

I’ll Be the One by Lyla Lee

Skye Shin has heard it all. Fat girls shouldn’t dance. Wear bright colors. Shouldn’t call attention to themselves. But Skye dreams of joining the glittering world of K-Pop, and to do that, she’s about to break all the rules that society, the media, and even her own mother, have set for girls like her.

She’ll challenge thousands of other performers in an internationally televised competition looking for the next K-pop star, and she’ll do it better than anyone else.

When Skye nails her audition, she’s immediately swept into a whirlwind of countless practices, shocking performances, and the drama that comes with reality TV. What she doesn’t count on are the highly fat-phobic beauty standards of the Korean pop entertainment industry, her sudden media fame and scrutiny, or the sparks that soon fly with her fellow competitor, Henry Cho.

But Skye has her sights on becoming the world’s first plus-sized K-pop star, and that means winning the competition–without losing herself.

In this companion to the award-winning Darius the Great Is Not Okay, Darius suddenly has it all: a boyfriend, an internship, a spot on the soccer team. It’s everything he’s ever wanted–but what if he deserves better?