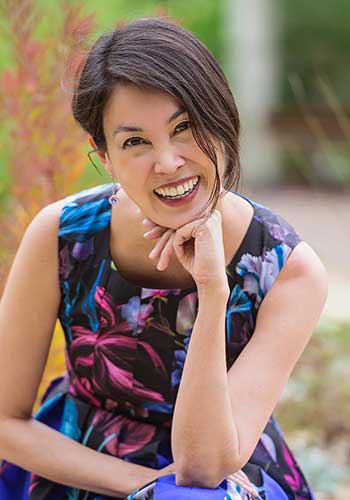 Stacey Lee is an award-winning author of historical and contemporary young adult fiction, including UNDER A PAINTED SKY, OUTRUN THE MOON, winner of the 2017 Pen Center Award for Young Adult Fiction and the Asian Pacific American Librarians Association YA Book of the Year, THE SECRET OF A HEART NOTE, which sold in eight countries, and her most recent THE DOWNSTAIRS GIRL, which received five starred reviews and which Booklist called “Spectacular.” Her books have been selected for the Amelia Bloomer list for feminist fiction, the as well as the YALSA Best Fiction for Young Adults List, and the New York Public Library’s Best Books for Teens. A native of southern California and fourth-generation Chinese American, she is a founder of the We Need Diverse Books movement and writes stories for all kids (even the ones who look like adults).