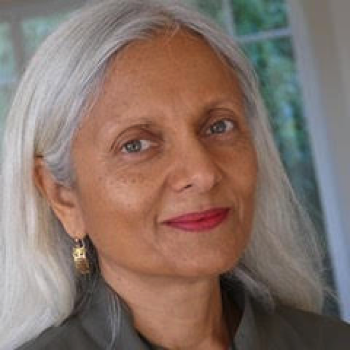 Uma Krishnaswami is the author of numerous books for young readers, from picture books (The Girl of the Wish Garden, Out of the Way! Out of the Way! And Bright Sky, Starry City), to novels for young readers (The Grand Plan to Fix Everything and Step Up to the Plate, Maria Singh). Her nonfiction middle grade book, Threads of Peace: How Mohandas Gandhi and Martin Luther King Jr. Changed the World, is currently in press with Caitlyn Dlouhy Books/Atheneum. A picture book on the ascent of Everest is due out from Groundwood Books in 2021. Uma teaches at Vermont College of Fine Arts, Montpelier, Vermont, in the MFA program in Writing for Children and Young Adults. Many of her students have gone on to establish successful writing careers.