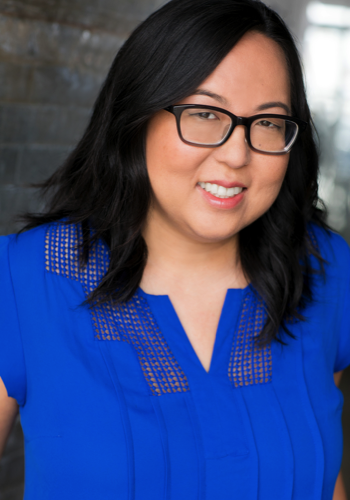 Suzanne Park is a Korean-American writer who was born and raised in Tennessee.

In her former life as a stand up comedian, Suzanne was a finalist in the Oxygen Network’s “Girls Behaving Badly” talent search, appeared on BET’s “Coming to the Stage,” was the winner of the Seattle Sierra Mist Comedy Competition, and was a semi-finalist in NBC’s “Stand Up For Diversity” showcase in San Francisco.

Suzanne graduated from Columbia University and received an MBA Degree from UCLA. She currently resides in Los Angeles with her husband, female offspring, and a sneaky rat that creeps around on her back patio. In her spare time, she procrastinates. Her YA romantic comedy debut, THE PERFECT ESCAPE and her adult romcom LOATHE AT FIRST SIGHT were released in 2020.