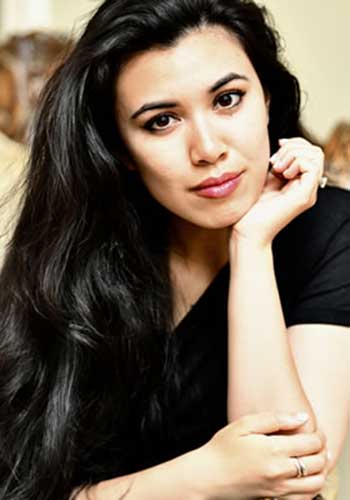 Roshani Chokshi is the author of commercial and critically acclaimed books for middle grade and young adult readers that draws on world mythology and folklore. Her work has been nominated for the Locus and Nebula awards, and has frequently appeared on Best of The Year lists from Barnes and Noble, Forbes, Buzzfeed and more. Her New York Times bestselling series includes The Star-Touched Queen duology, The Gilded Wolves, and Aru Shah and The End of Time, which was recently optioned for film by Paramount Pictures.

A Thousand Beginnings and Endings (Greenwillow, 2018)