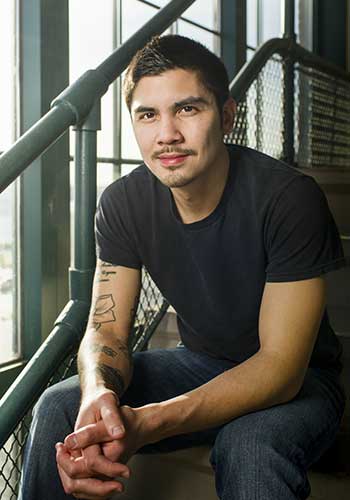 Randy Ribay was born in the Philippines and raised in the Midwest. He’s the author of An Infinite Number of Parallel Universes, After the Shot Drops, and Patron Saints of Nothing, a powerful coming-of-age story about grief, guilt, and the risks a Filipino-American teenager takes to uncover the truth about his cousin’s murder. It was selected as a 2019 Freeman Book Award winner and as a finalist for the National Book Award, LA Times Book Prize, Edgar Award for YA, International Thriller Writers YA Award, Amelia Walden Award, and CILIP Carnegie Medal. Randy earned his BA in English Literature from the University of Colorado at Boulder and his Master’s Degree in Language and Literacy from Harvard Graduate School of Education. He teaches high school English in the San Francisco Bay Area where he lives with his wife and two dogs. Follow him on Instagram to see pictures of those obscenely cute dogs and on Twitter to check out what he’s currently ranting about.