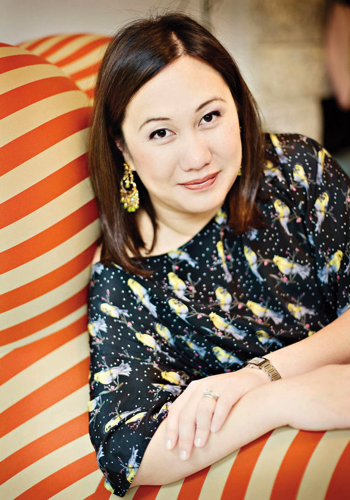 Melissa de la Cruz is the #1 New York Times, #1 Publisher’s Weekly and #1 IndieBound bestselling author of many critically acclaimed and award-winning novels for readers of all ages. Her more than thirty books have also topped the USA Today, Wall Street Journal and Los Angeles Times bestseller lists and have been published in over twenty countries.

She grew up in Manila and moved to San Francisco with her family, where she graduated high school salutatorian from The Convent of the Sacred Heart. At Columbia University, she majored in art history and English.

The Isle of the Lost

Return to the Isle of the Lost

The Isle of the Lost, the prequel to the Disney Channel Original Movie The Descendants, has spent more than fifty weeks on the New York Times bestseller list, fifteen at #1, and has over a million copies in print.

De la Cruz is the author of the Blue Bloods series (with three million copies in print), among many others.

Her first series for adults launched with Witches of East End, which People magazine called a “bubbling cauldron of mystery and romance.” The bestseller was followed by Serpent’s Kiss and Winds of Salem.  Lifetime Television aired a two-season drama series based on Witches of East End, starring Julia Ormond, Jenna Dewan-Tatum, Rachel Boston and Mädchen Amick. De la Cruz’s young adult spin-off of the series, Summer on East End has also been optioned for television.

A former fashion and beauty editor, Melissa has written for The New York Times, Marie Claire, Harper’s Bazaar, Glamour, Cosmopolitan, Allure, The San Francisco Chronicle, McSweeney’s, Teen Vogue, CosmoGirl! and Seventeen. She has also appeared as an expert on fashion, trends and fame for CNN, E! and FoxNews.

In addition to her literary work, Melissa is the co-founder of YALLWEST, and the co-director of YALLFEST, two of the largest teen book festivals in the country. She is also on the Advisory Board of Facing History, which reaches five million school children nationwide with a curriculum devoted to teaching empathy and social justice.