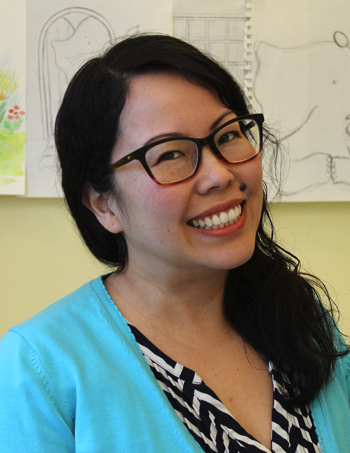 Liz Wong was born in Honolulu, Hawaii, where she spent her early childhood painting and clambering about in mango trees. Winning the first place trophy in her elementary school poster contest encouraged her to pursue art instead of a sensible career in finance like the rest of her family. Liz holds a BFA in Art and a BA in Anthropology from the University of Washington and currently resides in Edmonds, Washington with her husband and son.

I am Not a Penguin: A Pangolin’s Lament (Knopf, 2021) – Author/Illustrator

“Rendered in a soft palette using watercolors, colored pencils, and gouache, Wong offers a gentle story of imprinting, to be sure, but more so a story of finding love where and when it is least expected.“ The Goose Egg, School Library Journal, starred review