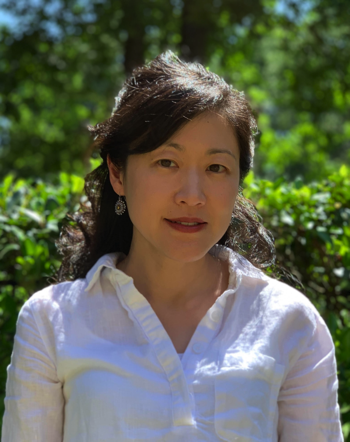 Julie Lee is the author of BROTHER’S KEEPER (Holiday House, 2020), a middle grade historical fiction inspired by her mother’s escape from North Korea during the Korean War. Her next middle grade novel is forthcoming and will be published by Holiday House in 2022. Julie holds an MFA in Writing for Children and Young Adults from the Vermont College of Fine Arts and a BA in history from Cornell University.

“In its portrayal of hardship and survival, ‘Brother’s Keeper’ joins a rich tradition of stories about children on wartime journeys”  – The Wall Street Journal

★ “Debut author Lee paints this gripping and emotional midwinter escape with the eye of a wartime journalist and the determined  heart of a young girl.”  – Kirkus Reviews, starred review

★ “Through her journey, Sora transforms from a precocious girl into a courageous and intelligent hero. Lee captures Sora’s internal journey alongside the physical one, and in the process details the struggles of a refugee from the ground level. . . . An amazing debut and an important book that explores a part of history few younger readers are taught in school.” – Booklist, starred review

★ “A moving, suspenseful refugee story, based loosely on the author’s mother’s experiences, the book is at heart a poignant exploration of a girl’s struggle against traditional female roles and her determination to succeed on her own terms.” – Publishers Weekly, starred review

★ “With an artful and expressive narrative voice, and inspiration drawn from her mother’s experiences in Korea as a young woman, debut novelist Lee enthralls and enlightens.” – School Library Journal, starred review