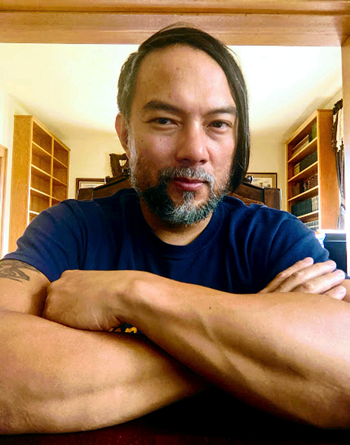 Jason Tanamor is a Filipino-American writer and author.

Named as one of the “5 Best Modern Filipino Writers” by Pinas Global Newspaper, Tanamor enjoys writing in different genres. He is the critically acclaimed author of the novels “Anonymous,” “Drama Dolls,” and “Vampires of Portlandia.” His newest novel (coming in 2022) is a YA rom/com called “Love, Dance & Egg Rolls.”

His writings have appeared in more than 250 publications. He’s interviewed personalities such as Billy Corgan (Smashing Pumpkins), Pete Rose, and Dane Cook, and has covered U.S. President Barack Obama.

Tanamor currently lives and works in the Portland, Oregon area.

Ranked in the “Favorite Filipino and Filipino-American Author” poll at Ranker.