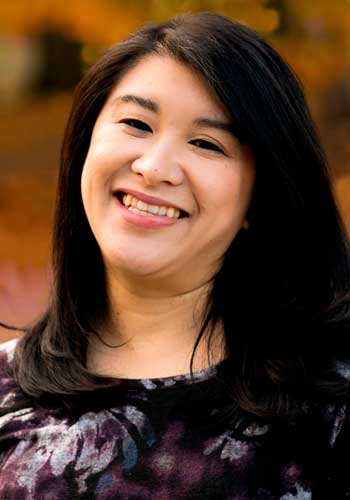 I. W. Gregorio is a practicing surgeon by day, masked avenging YA writer by night. After getting her MD at Yale School of Medicine, she did her residency at Stanford, where she met the intersex patient who inspired her debut novel, None of the Above, which was a 2016 Lambda Literary Award finalist, a Publishers Weekly Flying Start, ABC Children’s Group Best Book for Young Readers and named to the ALA Rainbow List. Her second novel, This Is My Brain in Love, received three starred reviews and was an Amazon Best Book of April 2020 and a NEIBA Windows and Mirrors selection. She is proud to be a board member of interACT: Advocates for Intersex Youth, and is a founding member of We Need Diverse Books. Her writing has appeared in The Washington Post, Newsweek, Scientific American, San Francisco Chronicle, San Jose Mercury News and New York Post, among others. She lives in Pennsylvania with her husband and two children. Find her on Instagram and Twitter as @iwgregorio, or on her website at www.iwgregorio.com.