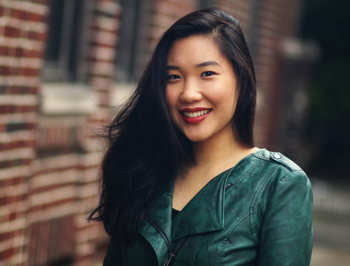 Emily X.R. Pan is the New York Times bestselling author of THE ASTONISHING COLOR OF AFTER, which won the APALA Honor Award and the Walter Honor Award, received six starred reviews, was an L.A. Times Book Prize finalist, and was longlisted for the Carnegie Medal, among other accolades. NBC News called the novel “moving and poetic” and the Wall Street Journal named it as one of the top twelve books of the season. Emily is also co-creator of the FORESHADOW anthology. She currently lives on Lenape land in Brooklyn, New York, but was originally born in the Midwestern United States to immigrant parents from Taiwan. She received her BS in marketing and international business from the NYU Stern School of Business, and her MFA in fiction from the NYU Creative Writing Program, during which time she was a Goldwater Fellow as well as the editor-in-chief of Washington Square Review. She was the founding editor-in-chief of Bodega Magazine and has been awarded residencies at Djerassi (2017) and Caldera (2019). In the past she has worked for Penguin Random House (marketing children’s books), taught creative writing to undergraduates and long-term hospital residents, and held marketing roles at various companies in New York City and Shanghai. She spends her free time playing the mandolin, making art, and practicing and teaching yoga. Visit Emily online at exrpan.com, and find her on Twitter and Instagram: @exrpan.

The Astonishing Color of After (2019, LBBYR)

Foreshadow: Stories to Celebrate the Magic of Reading and Writing YA (2020, Algonquin)