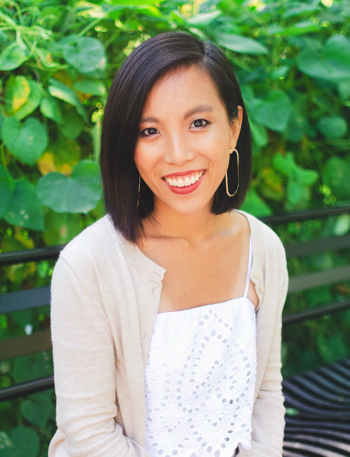 E.L. Shen
E. L. Shen is a writer and editor living in Manhattan. Her debut middle grade novel, The Comeback (Farrar Straus Giroux Books for Young Readers) is a Junior Library Guild Selection, received two starred reviews and was praised for its “fast-paced prose, big emotions, and authentic dialogue” in The New York Times. She received her Bachelor of Arts from Barnard College of Columbia University, where she majored in English with a concentration in creative writing. She is represented by Marietta Zacker at Gallt & Zacker Literary Agency.
Book Title(s):

“With fast-paced prose and an ear for authentic dialogue, Shen brings big emotions and ideas to the hyper-focused world of the obsessive skater. Her sharp depiction of an eager and courageous Maxine makes the lessons about the ebb and flow of friendship less clichéd than they might have been . . . Shen has created a high-spirited character worth cheering for.” —The New York Times

“Shen has created a wonderfully grounded character who navigates both middle school and the world of elite athletic competition with an authentic voice—foibles, insecurities, and all. . .That Maxine’s figure-skating idols are all Asian (and that there are so many of them) reminds readers of how important representation is.” —Kirkus Reviews, starred review

“Fast-paced chapters filled with competition, friendship, and inspiration make this a worthy addition to any middle-grade collection.” —Booklist, starred review