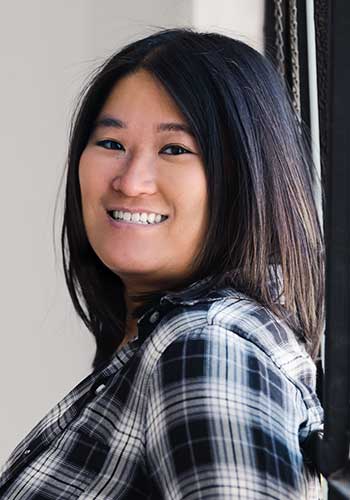 CB Lee is a Lambda Literary Award nominated writer of young adult science fiction and fantasy. Her works include the Sidekick Squad series (Duet Books), Ben 10 (Boom!), and All Out Now (HarperTeen). CB loves to write about queer teens, magic, superheroes, and the power of friendship.

Lee’s work has been featured in Teen Vogue, Wired Magazine, and Hypable. Lee’s first novel in the Sidekick Squad series, Not Your Sidekick was a 2017 Lambda Literary Awards Finalist in YA/Children’s Fiction and a 2017 Bisexual Book Awards Finalist in Speculative Fiction. Seven Tears at High Tide was the recipient of a Rainbow Award for Best Bisexual Fantasy Romance and also a finalist for the 2016 Bisexual Book Awards in the YA and Speculative Fiction categories.